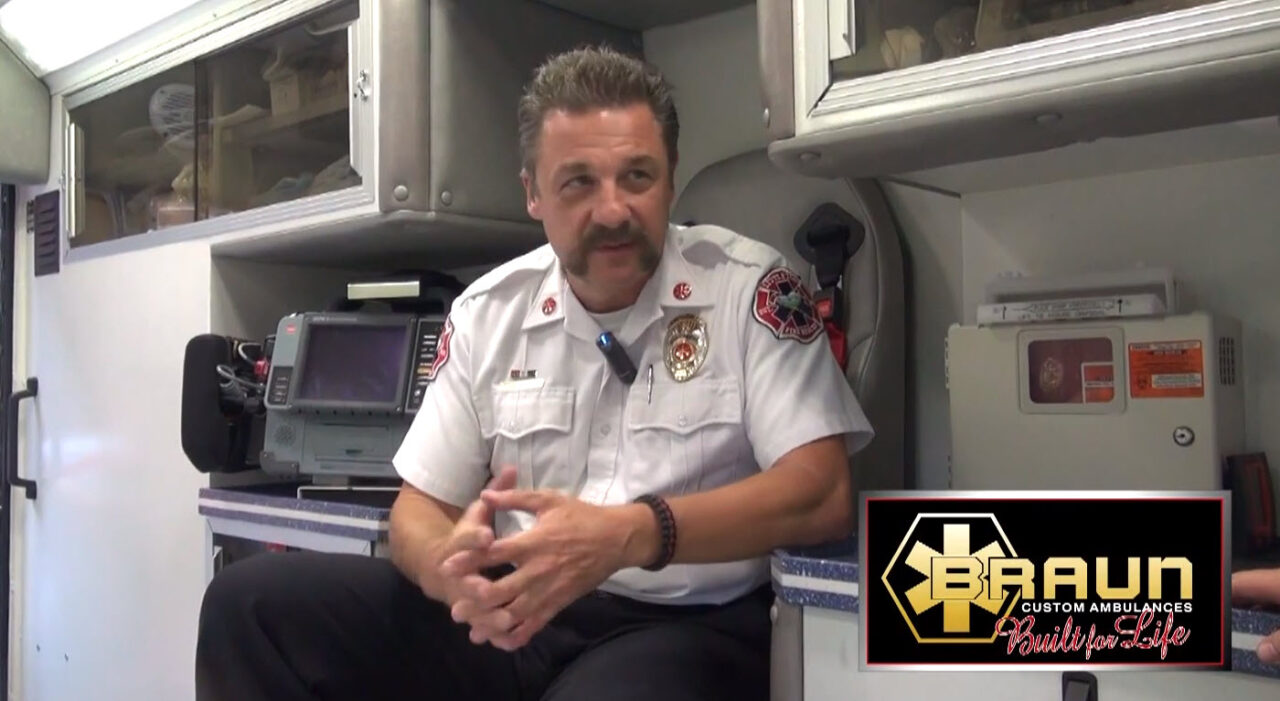 When it comes to our emergency vehicles, some of the most passionate promoters are the people who ride in them day in and day out. Working closely with our dealerships and fostering open communication throughout the design and build process, we get the awesome opportunity of developing long term relationships with our end customers. One such individual we’ve come to know and value as a member of the “Braun family” is Chief Wayne Zygowicz.

We recently had the opportunity to film Chief Zygowicz in his hometown about his experiences working with Braun. As you will see by this ambulance testimonial, he is a man that’s passionate about emergency care and his Braun!

Wayne – Thank you for sharing your experiences!

Chief Zygowicz is the E.M.S. Chief for Littleton Fire Rescue in Littleton, Colorado. A Chicago native and geologist by education, Zygowicz began his fire and rescue career in 1982 when he joined the Wheat Ridge Voluteer Fire Department in the Denver area. He became a certified EMT in 1982, and a paramedic in 1986. After moving up the ranks in several other cities, Wayne was hired with Littleton Fire Rescue in 1990, making this his 22nd year with the department.

Throughout his time with Littleton, Chief Zygowicz has served as a firefighter, paramedic, paramedic/lieutenant, paramedic captain and now the EMS Chief.  He has experience in critical incident stress and was largely responsible for dealing with the psychological effects and aftermath of the Columbine shooting incident. He was also a key driver in the development of the Littleton Fire Rescue Tactical Emergency Medical Support (TEMS) Team and is an active TEMS paramedic.

Wayne has the following to say about EMS,

“EMS is one of the most rewarding and exciting careers that I could have ever imagined being involved with. No medical call is the same. As a paramedic, you are always challenged by your patient’s medical situation and by the pace of new medical technology and information. I am very fortunate to be working in such a great community like Littleton and serving such a great group of dedicated employees. We have a very talented medical staff rich in knowledge, skills and EMS tradition. I can’t think of any other place I would rather be working. Being a paramedic/firefighter is more than just a job, it’s a calling.”

A proud partner brand of:

GET IN TOUCH WITH US